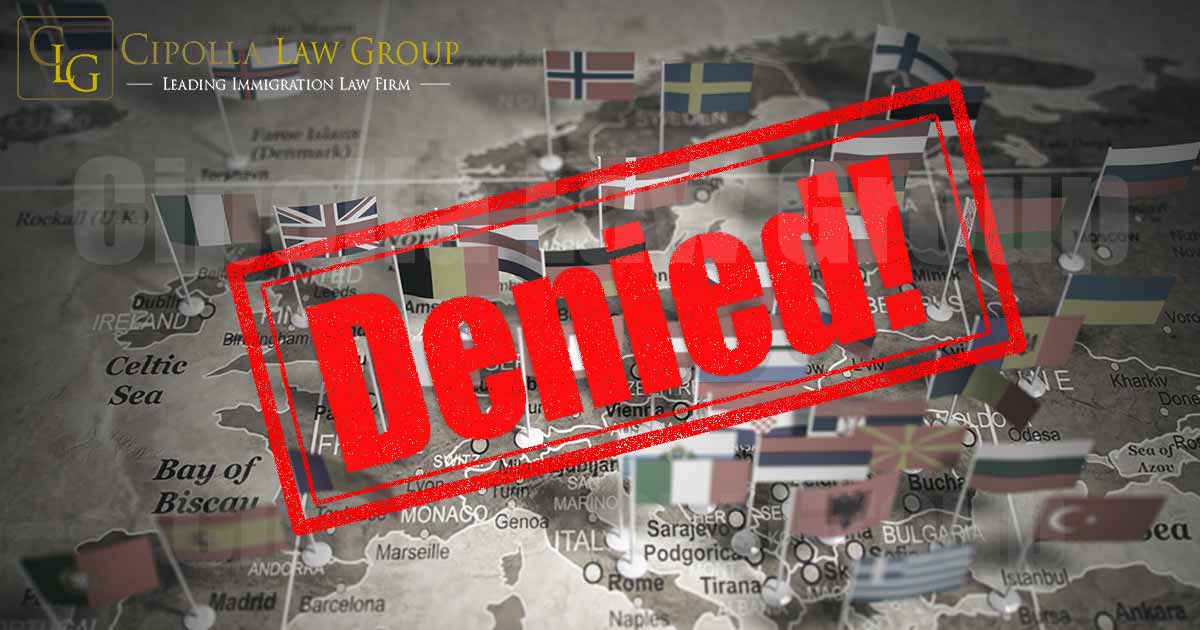 Today I’d like to talk about a new policy memo that just issued last week by the USCIS.  It’s going to go into effect on 9/11/2018.  It’s a very important policy and we get a lot of questions about it.

The policy is that now the USCIS has the discretion for adjudicators to issue straight out denial upon receiving an initial filing or petition. That is a departure from a previous policy that if the USCIS needed an additional evidence or didn’t see a claim, they would issue a request for evidence (RFE).

So, what that means is that now if the USCIS adjudicator thinks that your case is frivolous or meritless, they can deny the case without asking for further documentation or evidence from the you.  The word “frivolous” means that it’s not really a genuine application, doesn’t meet the legal requirements.  “Meritless” means same thing basically that it’s not showing that the element or requirements of the case are being met. 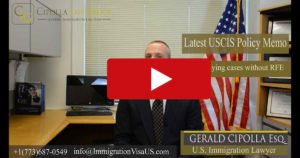 In the past, if an adjudicator saw that the requirements are not being met, they can give the applicant the opportunity to correct it. They would issue a request for evidence (RFE) meaning they want those evidence to be submitted to meet those requirements.  But under the new policy, an USCIS adjudicator is given the discretion to flat out deny a case.

That’s extremely important because sometimes especially in other area of law where you need to go to court and you need to meet a time requirement (i.e. deadline) and you just submit a bare bone filings and you’d supplement it with more evidence, you’ll get another opportunity to supplement that case.  That wasn’t that different in Immigration, if you’re meeting a deadline, the client/applicant/petitioner just submit everything that they can to give themselves more time, usually you’ll get a request for evidence that may give you 80 or 70 days to supplement the filing or to meet the requirements.  But now under the new policy you may not have that opportunity.

Under New Policy Memo – Deny cases even without your fault

It’s very unfortunately.  Let me give you an example: We submitted a petition, it required a form I-130A and all it’s pages.  We completed the form, scanned and made a copy of all the documents, we made sure we had everything and we have a lot of redundancies to make sure the petitions are properly filed. Well, we received a request of evidence saying that there’s a page missing from the form I-130A.  We double checked our scanned filing (our record) and sure enough it’s there, no missing pages. But on the USCIS’s side, they may have misplaced it or we don’t know. But the point is, if they don’t get a page of that I-130A form in the initial filing, can they just flat out deny the case instead of issuing a request of evidence (RFE)? Well, this policy or memo goes into effect on 9/11/2108 that’s a very big deal because they are essentially demanding perfection from the petitioner or applicant whereas if they make a mistake, it could be impeded or reflected to the petitioner or applicant without an opportunity to correct it.

The problem with that is it has really significant consequences for people if they fall out status or if their cases get denied, they may be put into removal proceedings or that maybe their last chance to stay in the U.S. or they may start to accrue unlawful presence.  So there’s a host of consequences foreseen or unforeseen that could happen with this new policy memo.  So it’s a very big deal.

What do you do going forward?

So, lives not perfect but you’ll have to try to make your case as perfect as you can on your initial filings.  It’s something that we always try to do, but somethings you’re not given that luxury of time.  The purpose of their memo is trying to unclog their system, there’s a lot of processing delays right now. According to the memo, the USCIS is trying to rid cases that are trying to buy time, or filing frivolous cases trying to buy themselves time.   It’s understandable but if it’s going to take out good cases as part of that policy, that may not be the best solution for it’s going to have some real consequences for people depending on how they implement it.

It’s unique, like I said in other areas of law such as in court filings, you usually have the opportunity to address issues, the courts give you due-process. This policy memo may not be giving you the necessary due-process that under that constitution.  We’ll see how it plays out but try to make your filings as comprehensive as strong as you can on the initial filing.  Talk to a good immigration lawyer, do your due diligence and don’t procrastinate usually acting sooner rather than later so you’re not up against the time crunch where you can’t make the case good or you miss something.

Contact an experienced Chicago Immigration lawyer if you have questions

If you have any questions regarding your visa or status, or have concerns about your future in the U.S., please contact the Cipolla Law Group for a consultation.  Our Chicago immigration law firm have over 25 years of experience helping foreign nationals like you to secure their visa or green card status.  Stay tuned as this policy memo takes effect on 9/11/2018 we’ll continue to give you our feed back as we see it.