In law school, we learn through case studies and from those cases we create hypothetical.  There is a lot of value in creating different scenarios and analyzing a legal situation from different angles.  Viewing situations from different angles due to different scenarios creates a strong understanding.  Going forward I would like to review current topics for foreign celebrities and do an analysis.  This should aid our readers in understanding immigration and perhaps get a better idea of their current immigration situation. 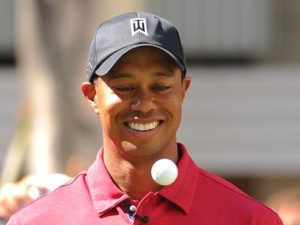 Tiger Woods’ ex-wife Elin Nordegren
The first case study is Elin Nordegren, the former spouse of Tiger Woods.  As you know, Tiger Woods was the world’s number one golfer and may be among the best golfers that has ever played the game.  Tiger and his former wife Elin had an argument and Tiger Woods was found outside of his mansion wounded in his SUV.  There is speculation that Elin was chasing Tiger with a golf club.  I do not know the real facts or if this was true, there are different interpretations of what really happened.  However like in law school, let’s assume that Elin was chasing Tiger with a golf club and let’s take it further that Elin actually intended to strike Tiger Woods with the golf club and did actually strike him with the golf club.  Again these facts are just spin-offs for educational purposes.

What if the Police arrived, and one of the Officers was a huge Tiger Woods fan and was very disturbed by this and did not take the time to get all of the facts.  What if the Police Officer actually arrested Elin Nordegren.  Based on the above hypothetical, the actions could be attempted homicide.

J1 Visa | 2 year home residency requirement | Foreign Nanny
I do not know Elin’s past immigration history but I do know that she was Jasper Parnevik’s (a Swedish golfer playing on the PGA Tour) former Nanny.   As you know Elin is also from Sweden.  So let’s assume that Elin was on a J1 visa when she met Tiger Woods.

Time Out:  An important point for persons considering or already on a J-1 Visa.  J visas or Exchange Visitor Visas are for persons who intend to participate in an approved program for the purpose of teaching, instructing or lecturing, studying, observing, conducting research, consulting, demonstrating special skills, receiving training, or to receive graduate medical education or training.  When a person enters the US to be a nanny, generally they are issued a J-1 Visa.  A common pitfall of a J-1 visa that many people do not know is that sometimes a J-1 visa is subject to a 2 year home residency requirement.  This means that unless the person is issued a waiver, they need to leave the US and spend 2 years in their home country after the visa is expired before they are allowed to pursue another US Immigration Status.

J1 Visa | Not subject to 2 year home residency requirement | Marriage based adjustment of status | Marriage Green Card
Let’s assume that Elin’s J visa is not subject to the home residency requirement.  She and Tiger fell in love (at least we hope), they married, and Tiger as a U.S. Citizen applied for Elin’s conditional resident status (conditional ‘green card”) via the adjustment of status application.  The standard for an adjustment of status case based on marriage to a US Citizen is showing the marriage is for love.  In other words, the couple has a genuine bona fide relationship in which they intend to spend their lives.  So let’s assume that Elin and Tiger married for love and Elin had a conditional resident status.

Time Out:  If you are ever in this situation, it’s very important you discuss your situation with both a criminal lawyer and immigration lawyer and make sure they collaborate to give your case the best chance of not being a crime of moral turpitude.  What is the significance of a crime of moral turpitude?  Well, it could make you inadmissible and/or potentially removable and give you a date with Immigration court.  So if a person would like to stay in the US, it’s very important to understand the implications of a criminal conviction and how USCIS or an Immigration Court may interpret the criminal disposition.

Divorce before green card conditions are removed |Removal of Conditions Waiver
Time In:  Let’s assume further that Elin was not convicted of a crime and that her and Tiger Woods divorced, as they really did.  But let’s throw a hypothetical.  What if Tiger and Elin were married for less than 2 years when they divorced?  Well, when a US Citizen and a person that has entered the US legally adjusts their status to conditional resident status based on marriage to a US Citizen, the Applicant needs to apply to remove the conditions after 2 years.  Hence, their status was as a conditional resident.  The standard is whether the couple is still married and has a bona fide relationship.  If a couple divorces, the Applicant will likely need a waiver as they are not filing jointly.  The waiver must show that the parties entered into the marriage in good faith and the relationship was a good faith relationship.  At a minimum, the divorce, if occurring prior to the 2 years or removal of the conditions, would make Elin’s Immigration much more difficult, and at a minimum, more stressful.

Again the above are just hypothetical to help our readers realize that outside circumstances can affect their immigration status and future immigration cases.

If you have any questions about your real life immigration situation, feel free to contact Cipolla Law Group for a consultation.