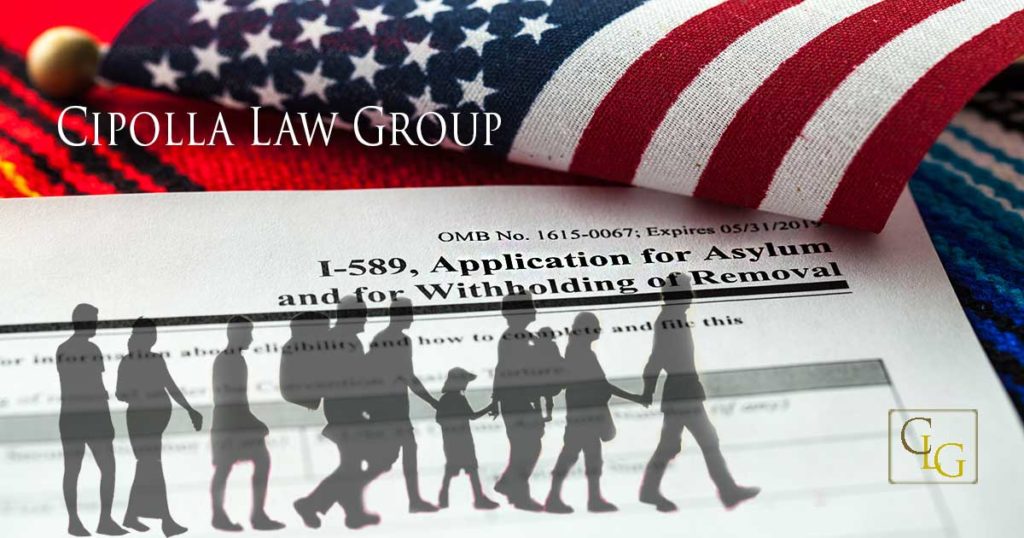 In June 2021, U.S. Attorney General Garland has issued a decision in Matter of A-B-, 28 I&N Dec. 307 (A.G. 2021), vacating both Matter of A-B- (2018) and Matter of L-E-A- II, the cases that had disqualified individuals the right for asylum even though their immediate family member was persecuted and they were under the same threats or danger.

What is the effect of the June 2021 decision?

After the June 2021 decision, Immigration Judges and the court will go back to the pre-Trump immigration law where victims of extreme gender or gang violence and their immediate family members who are under the same threat are eligible to seek asylum in the United States. The new 2021 decision will apply to any pending and future asylum cases.

As mentioned in our 2019 post (see below), for individuals residing in the Seventh Circuit (Illinois, Indiana, and Wisconsin), the circuit court has long rejected much of the case law underlying the decisions in A-B- and L-E-A-. With the latest decision in Matter of A-B- (2021), it would not be a drastic change for attorneys and immigration judges to grant asylum for individuals that fleeing from gender or gang persecution. If you are living in Chicago or anywhere in Illinois, you will be able to seek asylum if your immediate family is seeking asylum protection. The decisions in Matter of A-B- (2018) and Matter of L-E-A- II under the Trump administration will no longer has any effect on any currently pending and future asylum cases.

Are you considering filing for asylum due to gender or family based persecution? With the ever-changing development of asylum regulations and procedures, it is important to contact an immigration attorney with experience to handle your Asylum case. If you believe that you are eligible for Asylum, please call (773) 687-0549 or contact Cipolla Law Group immediately. We are a Chicago immigration law firm. Our immigration attorneys have over 30 years of collective experience helping foreign nationals like you to live and work legally in the U.S. We speak Spanish, French, Italian, Mandarin and Cantonese Chinese. Contact us today for a confidential and informative consultation.

Threatened Family Members no longer a Basis for Asylum Cases [2019]

When applying for asylum, individuals must establish that they have suffered persecution due to:

Regarding membership in a particular social group, it has been held that kingship (family members) were an example of a clearly identifiable social group. Thus, one can qualify for asylum if he/she is fearing persecution because of threats against his/her family members. This was affirmed by a BIA’s decision in Matter of C-A-, 2006 that started:

This allowed individuals whose immediate family member was persecuted in their home country the possible chance to claim asylum.

The 2006 BIA’s decision was overruled on July 29, 2019, when U.S. Attorney General, William Barr, issued a decision in Matter of L-E-A-. In his decision, the Attorney General noted that most nuclear families do not meet the requirements of a particular social group as they lack social distinction. He explained that:

How Does This Affect Individuals Applying for Asylum?

As a result of the Matter of L-E-A decision, immigrants who fear persecution because of their family ties will unlikely be eligible for asylum, unless the family group in question is socially distinct.  Thus, although applying for asylum based on family ties is much more difficult, it is not impossible, and much more evidence will be required in order to overcome this hurdle.

Furthermore, for individuals residing in the Seventh Circuit (Illinois, Indiana, and Wisconsin), the circuit court has held that the circuit recognized a family as a cognizable social group under the INA, giving hope to those whose cases have been denied by the BIA under this new interpretation of membership in a particular social group. 