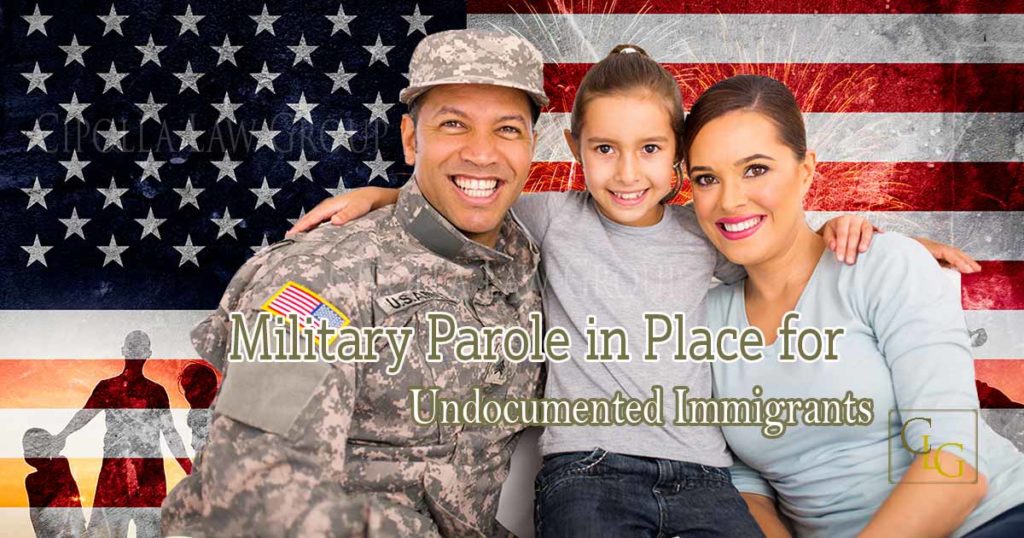 Since the last time we discussed on military parole in place in 2019, the law has not changed in terms of the validity of this immigration protection. Although back in 2019, certain media outlets reported that military parole in place would be terminated and the rise of denials for reasons that not normally given were on the rise, this immigration protection remain effective. Part of that was probably due to the enormous pressure put forth on USCIS by organizations like the America Immigration Lawyers Association (AILA). All in all, it is welcoming to see that this special benefit for our military family members continue to be available.

What is Military Parole in Place?

Military parole in place can be viewed as a “fast-track” to permanent residency for illegal immigrants. One of the biggest advantages of Parole in Place is it allows certain undocumented individuals a chance to apply for a permanent residency, making it essentially a short cut to getting a green card.

On November 15, 2013, a policy memorandum was issued by the Obama Administration to allow spouses, children and parents of active duty or veteran members of the US Armed Forces or the Selected Reserve of the Ready Reserve to remain in the US and potentially adjust status to obtain permanent residency (green card) from within the US.  That same day, on November 15, 2013, USCIS issued a policy memorandum stating that Military Parole in Place should be granted to certain family members of active duty members of the US Armed Forces.  USCIS states in their memo that the fact that the individual is a spouse, child or parent of an active member of the U.S. Armed Forces ordinarily weighs heavily in favor of Military Parole in Place. “Absent a criminal conviction or other serious adverse factors, parole in place would generally be an appropriate exercise of discretion for such an individual.”

While Parole-in-Place is not a new concept in immigration, the USCIS memo states that if filed by a military family it should generally be considered favorably in the absence of criminal convictions or other adverse factor.  Military Parole in Place is granted on a case-by-case basis and is purely discretionary.  If USCIS grants Parole-in-Place, it is valid for a year and is renewable as well.

You may be eligible for parole in place if you entered the U.S. without inspections or admission, and are the spouse, widow(er), parent, son or daughter of:

Military Parole in Place as a path to Permanent Residency

The benefits of Parole-in-Place is that once it is approved, the Beneficiary stops accruing unlawful presence, may apply for work authorization, and may be able to apply for an adjustment of status (green card). It is essentially a fast-track to permanent residency for undocumented individuals who are family members of the military force.

If you believe that you are eligible for military parole in place, please contact Cipolla Law Group immediately. We are a full-service immigration law firm located in downtown Chicago. Our immigration attorneys have over 30 years of collective experience helping immigrants to live and work in the US legally. We look forward to serving you and your family.