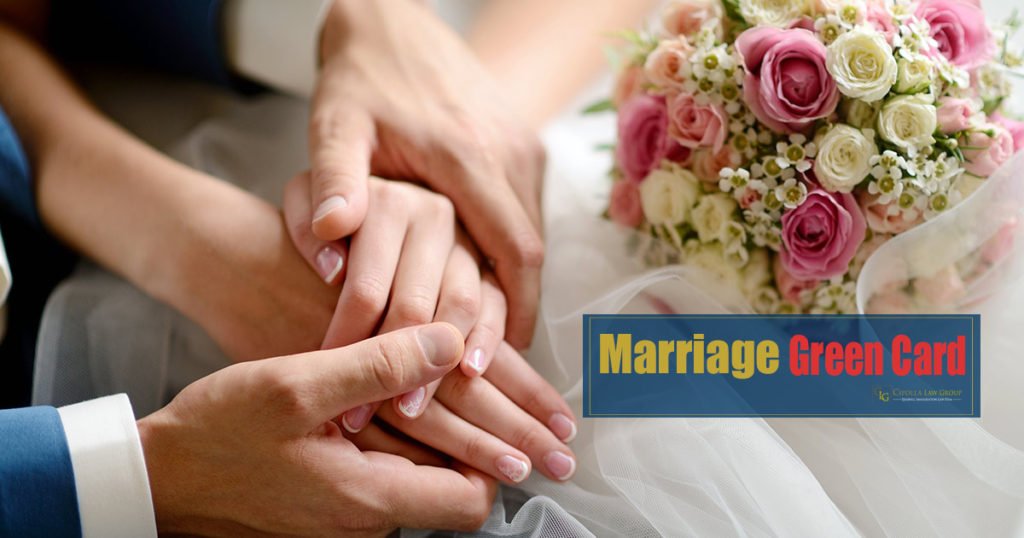 Hire a Marriage based Green Card Immigration Lawyer in Chicago

Marriage for love to a U.S. Citizen can lead to obtaining a permanent residency (Marriage based Green Card). The rules surrounding marriage and conditional residency are detailed and complex, and largely depend upon the following factors:

Can you file a Marriage Green Card for Marriage outside the U.S?

If your marriage took place outside of the U.S. and your foreign spouse lives outside of the US, you will need to petition for a marriage green card. A marriage based Immigrant Visa must be petitioned by a U.S. citizen or permanent resident.  It is similar to other immigrant visa (green card petitions).  You must be able to prove the relationship is genuine and not for immigration benefits.  Your foreign spouse must also prove they are admissible to the United States, or apply for a waiver in some circumstances.

Marriage within the U.S. and Adjustment of Status

Adjustment of status is a separate immigrant visa petition. Generally, when a foreign national marries a U.S. citizen in the U.S. he/she is eligible to apply for a permanent residence application (green card application).  If the foreign spouse wishes to apply for a marriage based conditional residence while remaining in the U.S. on a non-immigrant visa such as a work visa or student visa, an adjustment of status application can be filed in addition to the immigrant petition.

The law and regulations relating to marriage based green card are complex. It depends upon the immigration status of the sponsoring spouse.  Both U.S. citizens and LPRs may petition a permanent residency for their foreign spouse. To be eligible, the U.S. citizen or LPR generally needs to prove that the marriage is not a fraudulent marriage as assumed by the law.  In additional, the following should be proved:

Marriage and Green cards are extremely complex and detailed area of immigration law. If you are considering marriage or are married with a foreign national, contact Cipolla Law Group for a consultation.