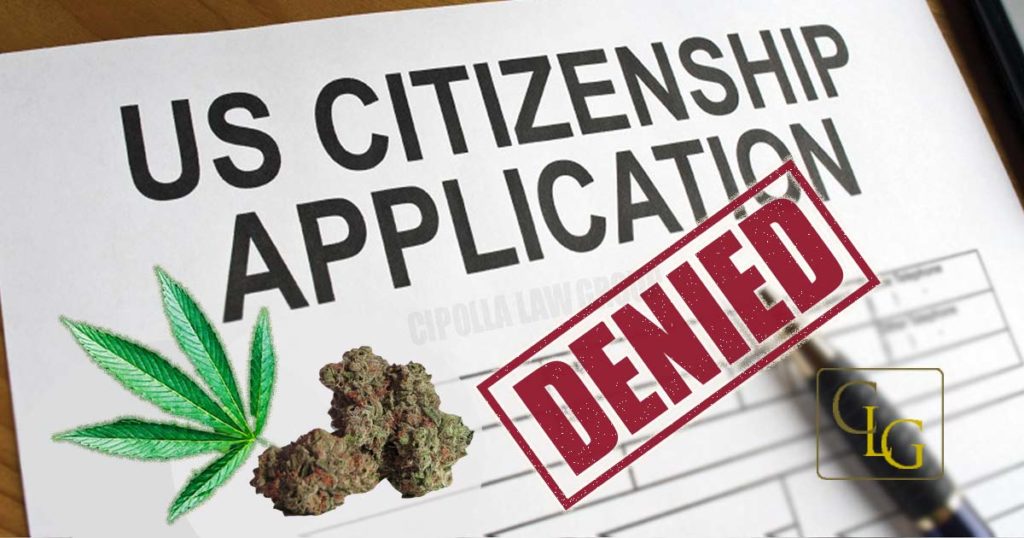 With the gradual trend of State Laws decriminalizing the use of Marijuana, many Americans believe that such use would not have any legal consequences. However, if you are a permanent resident and considering , the use of controlled substance such as marijuana could have negative immigration implications,  even if legal in the state where the marijuana was used.

Can I be denied citizenship if I smoke marijuana in a legal state?

On April 19, 2019, the USCIS issued a Policy Guidance that the use of Marijuana is a disqualifying factor in citizenship applications, regardless of whether it is legal within the State. The use of controlled substance such as marijuana or pot is a violation of federal law.    Since Immigration law is governed by the federal law, the USCIS can deny marijuana related naturalization applicants if there is a violation of federal controlled substance law such as the use of marijuana, even if it is legal in the state of use.  The basis is for lack of good moral character, which is a requirement for naturalization.

Naturalization for residents in Illinois

Similar to Colorado, Illinois has decriminalized marijuana.  However, it remains a controlled substance under federal law, and any involvement including ownership or working in the marijuana industry may affect permanent residents’ the ability to proof “Good Moral Character”, a key requirement for their naturalization application.

This USCIS policy reminds us that violation of federal law can lead to some unexpected immigration consequences not only on a Naturalization applicants but also for other non-immigrant and permanent residence applications.  If you have questions about the naturalization process, please contact our Chicago immigration attorneys for a consultation. At Cipolla Law Group, we have helped many permanent residents navigate the naturalization process. We have 28 years of collective experience helping immigrants in Chicago and beyond. Contact us today for a consultation.