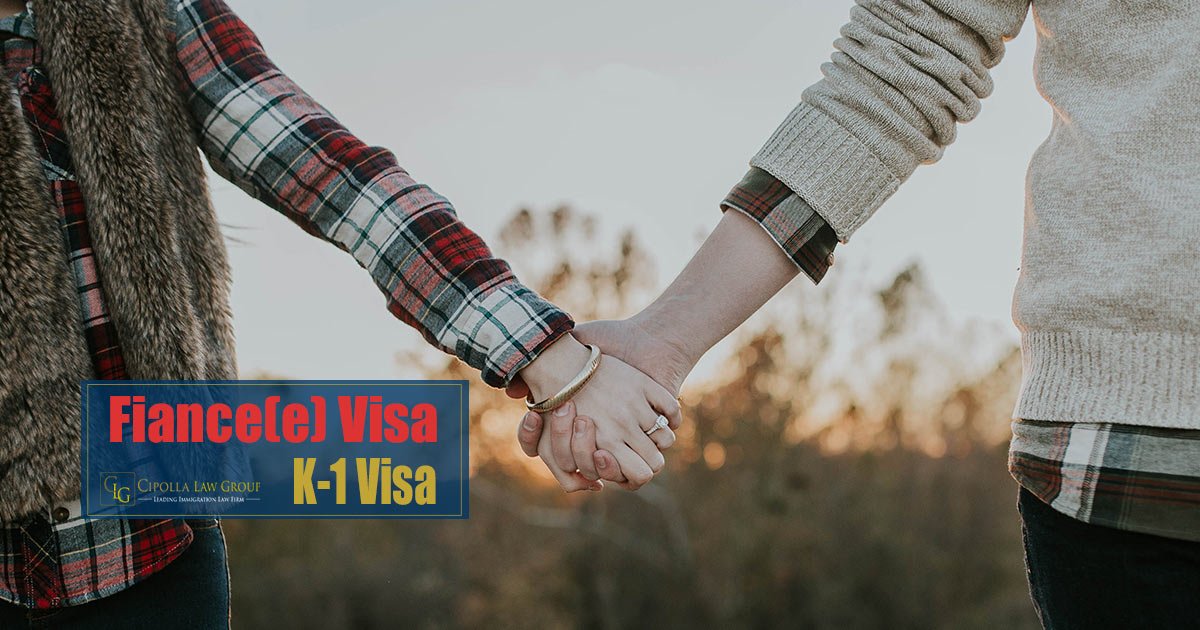 A K-1 Visa or K-1 fiancé(e) visa is an immigrant visa that ultimately leads to permanent residency.  It allows fiancé(e) of U.S. citizens to enter the United States for the purpose of marriage within 90 days of entry   A K-1 Visa must be initiated or petitioned by a U.S. Citizen fiancé(e) and upon approval of the K-1 Visa, the foreign fiancé can enter the U.S. to get married with his/her American fiancé.  A K-1 visa is often ideal for U.S. citizens who wish to marry their overseas fiancé in the United States.

Who is eligible for a K-1 Fiancé(e) Visa?

What are the requirements of K-1 fiancé(e) Visa?

To apply for a K-1 fiance(e) visa, it involves the following steps:

Getting married with a U.S. citizen does not automatically grant you the legal status to permanently live in the U.S. Upon marriage with your U.S. citizen fiancé(e), you will be eligible to file for a permanent residence status (marriage based green card) by adjusting your status. Adjustment of status is a separate application as it leads to conditional residency.

Due to the complexity of fiancée visa and adjustment of status and the potential issues affecting your eligibility such as past immigration, marriage, or personal history, we strongly advise you to hire an experienced immigration lawyer to guide and represent you through this important process.  At Cipolla Law Group, we have over 28 years of collective experience helping married couples to navigate the complex K1 visa process.  We are conveniently located at downtown Chicago.  Please contact us for a K-1 consultation..