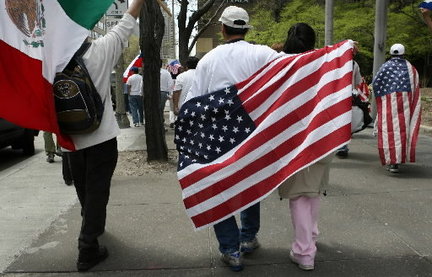 Following the Presidential Election on November 6 where Latino’s and other Immigrant groups likely played a pivotal role in the outcome of the Presidential and Congressional Elections, there has been an enormous amount of chatter relating to Comprehensive Immigration Reform, from both Republicans & Conservatives as well as Democrats.  Both party’s must have realized that not only is Immigration Reform a huge problem that needs to be finally addressed, but the actual Immigrants are powerful votes that potentially are one of the deciding factors in the past election and elections to come.

In the past 2 days, we have had comments supportive of Comprehensive Immigration Reform from President Obama (Democrat), Speaker John Boehner (Republican), Senate Leader Harry Reid (Democrat), Senator Chuck Schumer (Democrat), Senator Marco Rubio (Republican), several Republican Congressional Leaders, and even Conservative Journalists such as Newt Gingrich and Sean Hannity.  I think Sean Hannity’s comments stick out the most summarizing the Conservatives position as:

“We’ve gotta get rid of the immigration issue altogether. It’s simple for me to fix it. I think you control the border first, you create a pathway for those people that are here, you don’t say you gotta go home. And that is a position that I’ve evolved on. Because you know what—it just—it’s gotta be resolved. The majority of people here—if some people have criminal records you can send ’em home—but if people are here, law-abiding, participating, four years, their kids are born here … first secure the border, pathway to citizenship … then it’s done. But you can’t let the problem continue. It’s gotta stop.”  (Interview with Sean Hannity found here)

Actual details of what could be proposed as part of Comprehensive Immigration Reform has not yet been discussed.  As an Immigration Lawyer dealing working with client issues running the gammit, I would urge the President and Congress to not just address the Dream Act issue, but rather make reform comprehensive.  In past articles I have discussed issues that need to be addressed.  In particular, Comprehensive Issue should include the following:

In the coming weeks we will be discussing Immigration Reform.  This is could be an exciting time as our Leaders, both Republican and Democrat, may finally solve a problem that needs fixing.  Let’s just hope its done in a bipartisan way for the good of the country.