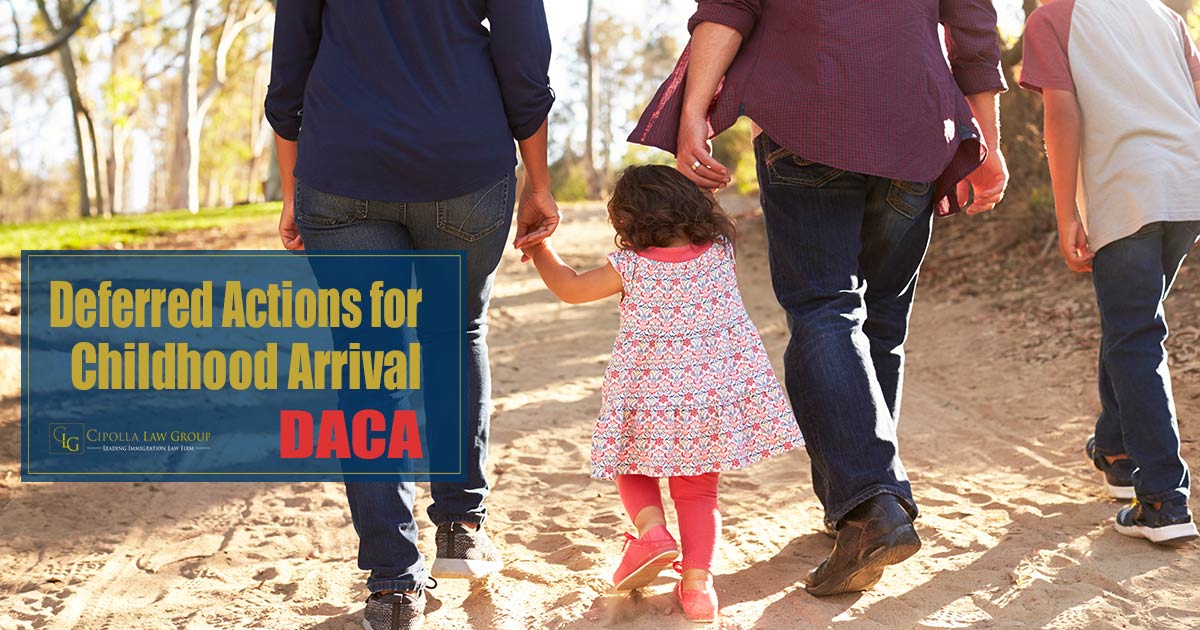 What is “DACA”?
What is the definition of “Deferred Action”?
Who can benefit from DACA?
What are the DACA application requirements?
What are the Advantages of having a DACA status?

What is Deferred Action for Childhood Arrivals (DACA)?

Deferred Action for Childhood Arrivals, also known as DACA, is an immigration policy that grants certain undocumented immigrants who entered the US, a legal right to stay in the United States without facing deportation.  Upon approval of a DACA application, the DACA recipient will be permitted to legally stay in the United States and apply for employment authorization for a period of 3 years, subject to renewal.  DACA does not grant any immigration status or a path to citizenship.  In limited situations, temporary travel outside the United States may be approved for DACA recipients.

What is “Deferred Action”?

Deferred action is a form of prosecutorial discretion issued for humanitarian purposes, which essentially suspends or deprioritizes a class of individuals case for a period of time.  While not granting any immigration status, , Deferred Action simply allows undocumented aliens or people out of immigration status to stay in the United States for a determined period of time.

Who can apply for DACA?

If you are undocumented in the U.S. and were under the age of 31 as of June 15, 2012 and fulfil the following DACA eligibility requirements, you may request a DACA status when the law allows you to do so.

To qualify for DACA,  you must meet the following requirements:

What are the benefits of a DACA status?