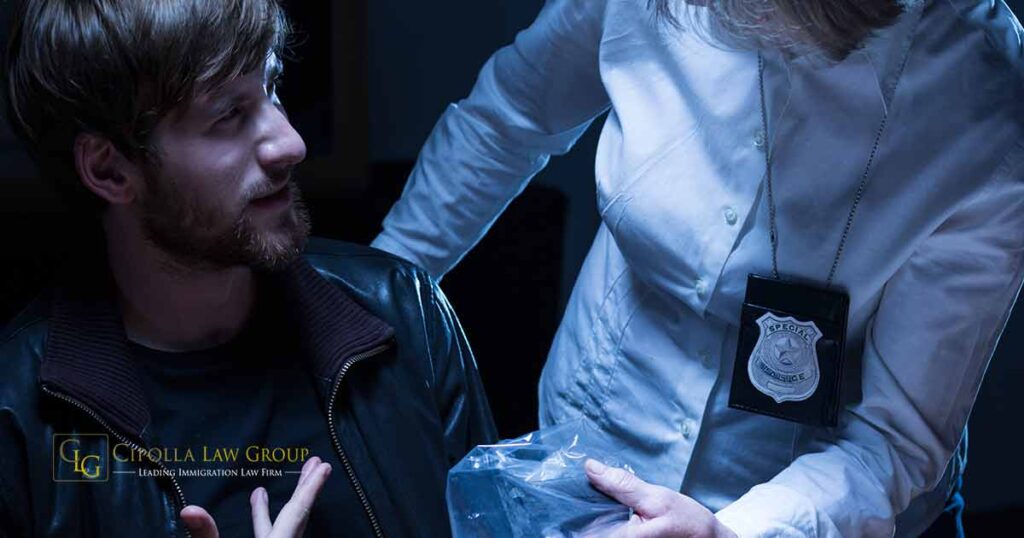 If you are a victim of crime, there is help available. The U Visa is a special type of Humanitarian visa for victims of certain crimes who have suffered substantial physical or mental abuse. If you are eligible for a U Visa, it can help you to stay in the United States and rebuild your life. So, what kind of crime would qualify for U Visa? As a Chicago based Immigration Attorney, we hear this question all the time. Among many different crimes, we are often asked if victims of Burglary qualifies for U Visa. If you believe you are qualified for a U visa, please call 773-687-0549 or contact us online for a consultation.

Is Burglary a qualifying crime for U Visa?

Maria and Jose had been married for six years when they made the decision to move to the United States. Neither of them had any documents, but they were both determined to make a better life for themselves and their young daughter. They found an apartment in a rough part of Chicago and started working long hours at low-paying jobs.

Their hard work paid off and they managed to save up enough money to buy a small home. It wasn’t much, but it was theirs. One night, their home was broken into and thieves stole nearly 10,000 dollars in property. The homeowners cooperated with the police and, through their cooperation, found the criminals.

Despite all their hard work, Maria and Jose were still undocumented immigrants. They didn’t know what to do – should they try to leave the country or stay and hope that things would work out? So, are they eligible for a U-visa due to the crime that had been committed against them.

U Visa for victims of Crime

The U Visa is a special non-immigrant visa available to the victims of crimes that occurred in the United States or territories. It is a type of humanitarian protection aiming to increase the investigative ability of law enforcement and help victim of certain crimes. Aside from the location of the crime, the applicant must demonstrate that they have the following:

Substantial Physical or Mental Anguish is defined as abuse that results in injury or harm to the victim’s physical person, or harm to the psychological soundness of the victim. There are many factors that are considered when evaluating the aforementioned details. These factors include but are not limited to:

No single factor is required and a series of acts may suffice, even where no single act meets the standard.

Can you get a U Visa if you’re victim of burglary?

Burglary, in of itself, does not specifically constitute any of the crimes on the aforementioned list. While the list is not exhaustive, the nature of burglary, as a crime, is not substantially similar to that list of crimes. Many of those crimes are violent or coercive in nature. To qualify for a U-Visa, then, the applicants must have also been the victim of another crime that would qualify. While the 10,000 dollars lost in assets is substantial, its worth is technically irrelevant because burglary does not qualify. Thus, scenario must be given more context, to narrow down the possibilities of other crimes that might have been committed during the burglary.

If the couple was not present during the crime, then the likelihood of other qualifying crimes to have occurred are unlikely. Some after-the-fact crimes could have been committed. For examples, if the couple was blackmailed or threatened, after the crime by the thieves, to not report the burglary, they might claim blackmail or obstruction of justice.

However, if the couple was home at the time of the burglary, then it seems rather likely that other crimes would have occurred simultaneously. If, for example, during the crime, the couple was assaulted (it would have to be a felony) or, held hostage and cooperated with the police, then they would qualify. If the couple was held against their will, they might qualify as being victims of false imprisonment.

The scenario gives that the couple had cooperated with the police and that their cooperation has led to the apprehension of the criminals. The next step in this process would be to prove that the crimes, associated with the burglary, would cause physical or mental anguish. In the case of the couple being home during the burglary, the severity of the associated crimes would be without question. The 10,000 dollars, while not a qualifying factor, can demonstrate the nature and extent of the burglary. For the couple, the loss of significant assets while also being threatened or physically abused would certainly result in significant mental anguish.

Burglary would not constitute a crime that one could claim in a U-Visa application. However, other crimes that would seemingly occur during a home invasion or as a result of a burglary might.  Other circumstances may change the findings given above. For example, if one was inadmissible on other ground, they might have to file for an inadmissibility waiver. If you are interested to know more about U visa or want to consult with an experienced U visa attorney, please feel free to call us on (773) 687-0549 contact Cipolla Law Group online for a consultation. We have over 30 years of collective experience handling U.S. immigration matters.