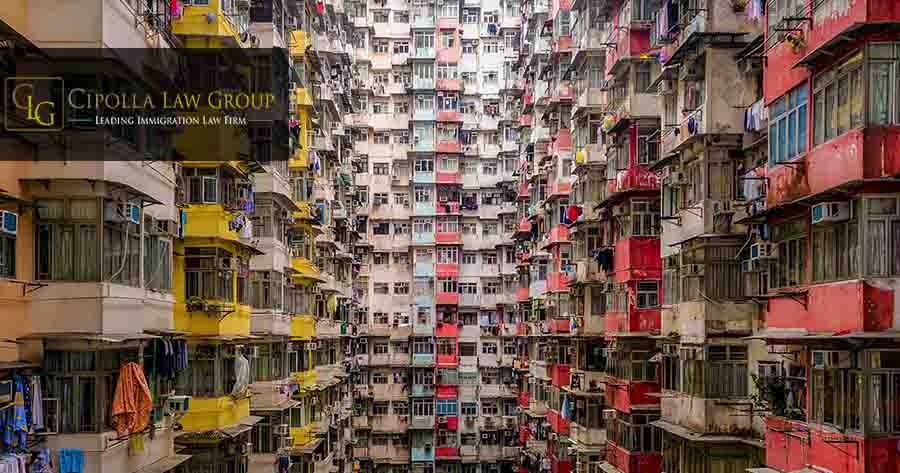 Hong Kong is one of the most extraordinary cities in the world. Having the privilege to earn a Masters degree in International and Chinese Law, making regular business trips as a immigration lawyer, and just out right touring Hong Kong, I have spent a lot of time in the city. It’s fascinating to see the mixing of the cultures, generally the western business community and the local Hong Kong business community. To complement the cutting edge business and legal community, there is a wealth of art and culture. As one person put it, Hong Kong is New York City on steroids.

In the late 1990’s around the time of the handover from Great Britain to China, many local Hong Kong people migrated to Canada for reasons often related to the fear that life that they know it in Hong Kong would change. Since then, many Hong Kong people returned from Canada as things had not seemed to have changed, at least not for the worse, and in some cases for the better. For the most part, life in Hong Kong had a lot of positives. Strong economy, low taxes, good social services, lots of culture, strong anti-corruption rules, and plenty of things to do. Like any society, there were likely negatives such pollution, and cost of living increases. The cost of living likely increased because Hong Kong had become such a desirable place to be. Western Corporations often made Hong Kong headquarters and mainland Chinese Citizens often immigrate for a variety of reasons. Consequently, a city designed for 7 million people became the gateway to China with people and companies from around the world competing for limited resources.

What is the attraction? Perhaps it’s the “one country, two systems” model. Hong Kong has been looked at as independent of China, while being the gateway to China. Hong Kong has it’s own rule of law, based on the British common law system that is understandable to western companies, efficient business formation rules, low taxes, efficient banking policies, close proximity to China (just a short commuter train away to the border or a short flight to many major Chinese cities). The Hong Kong system is a way to transition into the Chinese economy.

Since 2019, Hong Kong began the so-called yellow umbrella movement. It is very much similar to our Occupy Wall Street Movement where anti-government citizens protested against social and economic issues via camping in public places. The movement has reportedly created a lot of division among Hong Kong people and even families. It also led to a lot of social unrests in the city, resulting in many middle to upper class Hong Kong citizens leaving the city for good. While this article is not intended to judge the legality or justification of the movement, I do believe that it had an effect on the onset of what we’re seeing now in 2021 the 2nd wave of immigration since 1997.

So why do Kong Kong people want to move to Canada, United States, Australia or anywhere but China? Is it because of the 2020 Extradition law that came into effect in June 30, 2020? How about the distrust of the legal system in Mainland China? Or is it because of the housing issues or educational system like many Hong Kongers concerned about?

The above questions are simply not answerable right now. This article is not intended to make any judgment or predictions, but rather pose questions that many are likely thinking about. I do believe that just the perception of these questions will likely lead to various migration shifts.

As a US immigration lawyer, the current “perception” of fear in Hong Kong seems like an opportunity for the United States to attract talents and the middle class to our country. Perhaps many Hong Kong nationals will want to relocate to other parts of the world, but the US should consider wooing Hong Kong professionals and investors.

Under the current immigration system, there are many options available for foreign nationals like people in Hong Kong. We have EB-5 investor program that offer U.S. citizenship by investment. For for Hong Kong citizens, they should not just be limited to investment. There are numerous employment based green card options as well for those who are skilled and experienced. There are also other investment related visas for entrepreneurs that do not want to afford the high investment requirement for EB-5 green card, such as EB-1C multinational manager green card or L1 visa multinational executive visa. How about just come to the U.S. as a student on a F-1 visa? That will provide them an opportunity to live and experience life in America.

While it’s not possible to predict what the future holds in Hong Kong, it’s fair to say that the uncertainty will create fear and possibly more migration. It would seem in the best interests of the US economy to attract Hong Kong Citizens, as well as other parts of the world to the United States. Some simple measures taken by Congress and the President could attract capital, top talent, and ultimately create jobs.

At Cipolla Law Group, we have over 30 years of experience helping foreign nationals to immigrate to the U.S. Our legal team consists of multilingual immigration lawyers and staff that speak your language, including Cantonese Chinese. If you are interested in immigrating to the United States, please call +1 773-687-0439 or contact us online to schedule a in-person, video or phone consultation. We look forward to serving you.