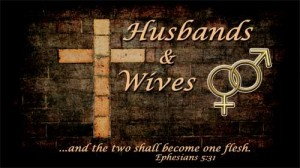 One of the perks of being a Chicago Immigration Lawyer or an Immigration Lawyer in general is meeting people of all walks of life.  We work with clients on their immigration matters from not only Chicago, but around the U.S. and the world and we get to work on some of the most interesting issues.  A challenging part is that the U.S. Immigration Laws are not sufficient to deal with the many inquiries we receive.  One common question we regularly receive is on the topic of gay marriage.  The question that generally arises is “I married my partner overseas or in California…etc, can we file a Marriage Green Card Application?”  The simple answer unfortunately is no.  The not so simple answer is, even though some states recognize same sex marriage, the U.S. government does not.  Immigration Law is Federal, meaning state laws are not controlling but rather U.S. law is what is controlling for Immigration purposes.

Defence of Marriage Act (DOMA) – Traditional marriage
In 1996, President Bill Clinton along with both the House of Representatives and the Senate signed into law the Defense of Marriage Act (DOMA).  Under DOMA, a U.S. state is not required to recognize same sex marriages.  Section 3 of DOMA by effect states that the U.S. Government does not recognize gay marriage.  Section 3 of DOMA states: :`In determining the meaning of any Act of Congress, or of any ruling, regulation, or interpretation of the various administrative bureaus and agencies of the United States, the word `marriage’ means only a legal union between one man and one woman as husband and wife, and the word `spouse’ refers only to a person of the opposite sex who is a husband or a wife.’.” 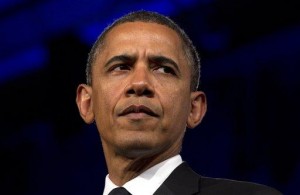 In May 2012, President Obama has been hinting towards supporting the U.S. Government recognizing gay marriage.  Whether this is for his campaign or it’s something that will be seriously proposed as law remains to be seen.  If same sex marriage is recognized by U.S. Law, it could have enormous immigration implications relating to fiancé visas and marriage green cards.

Fiancé Visa/ Marriage green card for heterosexual couples
Under U.S. Immigration Law, U.S. Citizen may petition for his or her fiancé or spouse.  Marriage green cards or marriage visas go through either the Immigrant Visa process or adjustment of status process.  Fiancé visas are commonly referred to as K1 visas or K1 fiancé visas allow an overseas fiancé to enter the U.S. to marry their U.S. Citizen spouse.  Once married within 90 days of entry on the fiancé visa, the married couple must apply for the adjustment of status process so that the foreign spouse can continue to live in the U.S.  Under U.S. Immigration law, a U.S. citizen and spouse have an Immediate Relative relationship.  The benefit of being an immediate relative in a permanent residence application is that an immigrant visa is always available for them.  This may not seem like a big deal, but under the Immigration preference system it is.  Specifically in family based immigration, there are Immediate relatives, and four types of preference relatives (Details of the preference system are beyond the scope of this article, but for example a fourth preference relative is the sibling of a U.S. citizen, depending on the country of origin of the Applicant/Beneficiary, their wait time for a green card could have anywhere from a 10 year to 20+ year.)  Now, compare that to the spouse of a U.S. citizen who is an Immediate Relative and their wait time is much shorter as they only need to wait for the case to be processed for an available green card.  Currently, a K1 fiancé Visa processing time ranges from 5 to 8 months on average.  An Immigrant Visa or marriage green card currently has an average processing time of 6 to 10 months until interview.  The Chicago Office for example processes marriage green cards or adjustment of status cases in approximately 90 to 120 days on average.

So if the U.S. government recognized same sex marriages, logically gay couples would be afforded the same K1 fiancé visa or marriage green card rights as opposite sex couples.  At the moment this is not something being talked about.  However, I suspect that if gay marriage gets closer to being recognized by the U.S. government, it will be.