There is a fascinating book that recently came out authored by Professor Vivek Wadhwa and Professor Dan Siciliano entitled “The Immigrant Exodus”, which can be found at this link.  I have not had the opportunity to read this book as it just came out on October 2, 2012 but reviewed the synopsis while researching this article.  In a nutshell, the book looks to argue that the amount of U.S. immigrant-founded start-ups is down, which is the first time in history.  The implications are a brain drain from the U.S. as foreign entrepreneurs take their ideas and capitals outside the U.S. having dire consequences to our economy.  This is something I have been arguing in this blog and to my peers and friends.  As an immigration attorney in Chicago, it is very frustrating to watch.  I have many clients come in to my office, tell me about this great business that they would like to start, where they would like to start it, and how they want to get it going.  The first question is, how do we go about getting my immigration status in line with my objectives? Unfortunately, the current immigration laws are not that entrepreneur friendly. 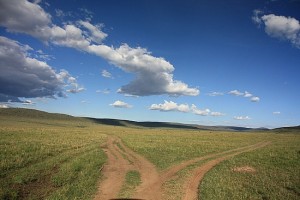 There are essentially 2 non-immigrant visa options and for all practical purposes 1 green card option.  The non-immigrant options are an E1 Treaty Trader Visa and E2 Treaty Investor Visa.  Generally for investment in the U.S., E2 Treaty Investor is the visa of choice.  According to USCIS, an E2 visa “allows a national of a treaty country (a country with which the United States maintains a treaty of commerce and navigation) to be admitted to the United States when investing a substantial amount of capital in a U.S. business.”  The operative word is treaty country.  Our biggest employment based countries are China and India.  Unfortunately, there are not treaties between the U.S. and China.  Consequently, E2 visas are not available for persons from China and India.  The next analysis for clients from China and India is whether an L1 visa is available.  According to USCIS, an L1 visa “enables a U.S. employer to transfer an executive or manager from one of its affiliated foreign offices to one of its offices in the United States.  This classification also enables a foreign company which does not yet have an affiliated U.S. office to send an executive or manager to the United States with the purpose of establishing one.”  The bad news about L1 visas is since 2009 L1 along with other visas such as H1B visas and O-1 visas have been scrutinized by USCIS.  L-1A visa petitions denial rates have increased from 8% in 2007 to 14% in 2011.  Requests for Evidence increase from 4% in 2004 to 51% in 2011.  These statistics were provided by USCIS and analyzed by the National Foundation For American Policy in February 2012 and can be found at this link.  Clearly the Request for Evidence statistics and denial rates indicate that L1 Intracompany transferee petitions are scrutinized much more compared to previous years.  As NFAP suggests, this added scrutiny on employer’s petitions despite no changes in the law are “costing them millions of dollars in project delays and contract penalties, while aiding competitors that operate exclusively outside the United States”.  In a time where the economic recovery is fragile, we should be encouraging any and all legal investment.  I would argue that it’s not the fault of USCIS or the Consulates for the tough adjudication policy, but rather Congress for the inadequate laws for foreign entrepreneurs and investors.  For Example, if you’re from China or India, there is not even an investor visa available to you as E2 visas do not apply.  If you are from China and India and have an overseas company and want to expand to the U.S., you can potentially transfer executives, managers, and key employees via an L1.  However the problem is that small company L1 visa cases are generally scrutinized more than large companies.  Most start ups or new enterprises are small companies.  The only other practical choice is an EB5 where an alien must invest $500,000 to $1,000,000 and create 10 full time U.S. jobs within 2 years.  For a new company, $500,000 to $1,000,000 can be impossible to obtain as the source of funds must come from the investor (ie. not a loan, but rather the investor’s actual own funds).  It is certainly not impossible to obtain an L1 or E2 (unless you are from China or India) or to obtain an EB5 if you have $500,000 to $1,000,000 to invest in a new idea that will create 10 full time U.S. jobs, the audience is definitely limited as opposed to broadened.  Hence, this may be a reason why foreign entrepreneurship in the U.S. is down, as Vivek Wadhwa’s book “The Immigrant Exodus” suggests.

Now that the problem has been established and some of the causes isolated, what are the solutions.  Simple, get rid of treaty requirements so that persons from all country’s can benefit from the E2 requirements.  Second, allow for previous investments made in E2 businesses to count towards the EB5 investment.  I have had many clients raise the point that they have a successful business and want to convert their E2 into an EB5.  In most circumstances, a fresh $500,000 or $1,000,000 is needed, depending on the location of the business.  Third, since E2 visas are renewable indefinitely, provide a specified amount of time such as 10 years for E2 visa holders to convert the E2 into a green card.  Surely after 10 years a person operating their business would like to call themselves a permanent resident.    What are the chances of these suggestions being implemented?  Impossible to say, but Mitt Romney’s plan seems to suggest it’ll layout a similar program.  However, we have seen so many broken political promises that we’ll believe it when we see it.  Assuming these suggestions are taken, I believe that investors from around the world, students studying inside the U.S. that have an idea and some source of capital, would choose the United States as a place to set up their business.  What would be the benefit?  JOBS and lots of them!