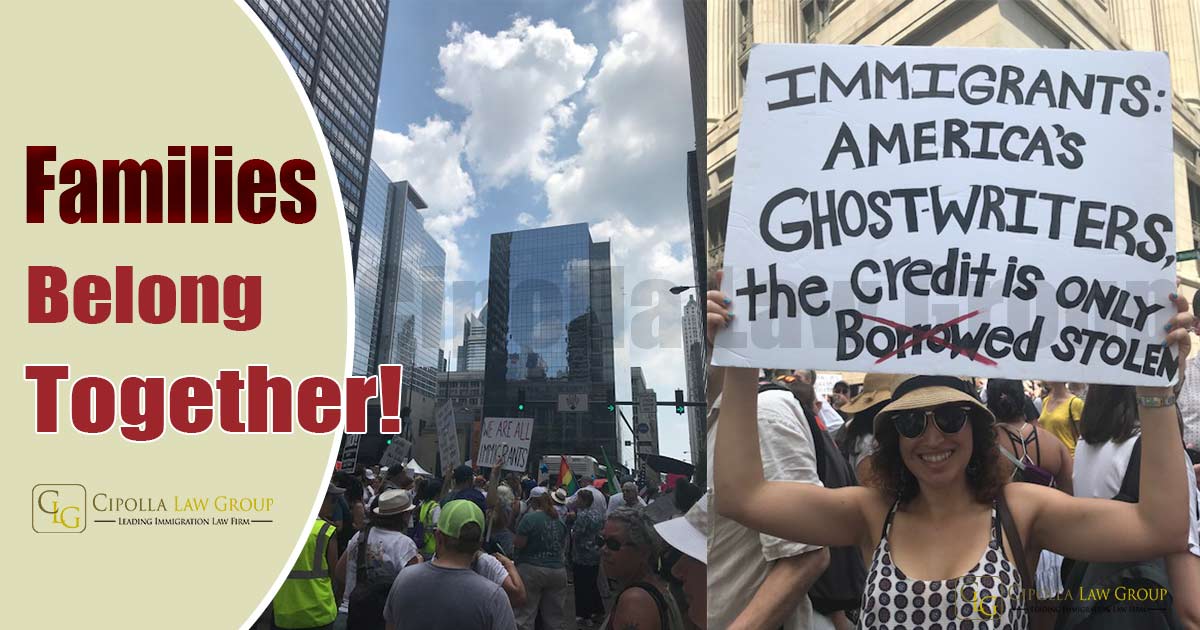 Fourth of July is a day of celebration and commemoration of the adoption of the Declaration of Independence by the Continental Congress, and the birth of our nation, the United States of America.  The American Dream is rooted in the Declaration of Independence, which proclaims that “all men are created equal, that they are endowed by their Creator with certain unalienable Rights, that among these are Life, Liberty and the Pursuit of Happiness.”  Many people around the world want to come to the United States because they want to live in the Land of Opportunity and achieve the American Dream.

Everyone living in the United States, with the exception of Native Americans, are descendants of immigrants or immigrants themselves.  Many came to this country for freedom, liberty, and opportunity, while others escaped government oppression and persecution.  While we are a nation of immigrants, we have a history of qualitative and quantitative restrictions on immigration and attempts to close our borders.  Our immigration system has barely changed over the past 60 years, and we are in need of immigration reform by Congress.  While our immigration policy is based on reuniting immigrant families and attracting skilled labor to the United States, there has been a major shift in U.S. immigration policy since 9/11.

This past Saturday I participated in the Families Belong Together – Chicago March.  I marched not just for recent events, but past ones as well.  Our immigration system has been broken for a long time and needs to be reformed.  There has been an increase in deportation, detention, and family separation since the Obama administration, and it’s getting worse.  Recently, there’s been advocacy for depriving undocumented immigrants of their due process rights, and this is just not right.  In this country, due process is an unalienable right; it is guaranteed to every person regardless of citizenship or status.

We are lucky to live in a nation that allows us to have the freedom to discuss our opinions, assemble, and march for what we believe in.  There are many who are fleeing persecution and applying for asylum in the United States.  Asylum seekers should not be treated as criminals.  They should be given due process and the opportunity to prove their asylum case in a fair hearing.  The march may not cause immediate change but it’s a starting point.