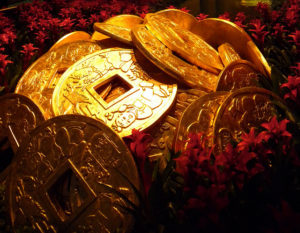 On August 2, 2011 United States Citizenship and Immigration Services (USCIS) announced an initiative to promote start up enterprises and spur job creation. The purpose was to to find ways to stimulate investment in the US by attracting foreign entrepreneurial talent of exceptional ability or who otherwise can create jobs, form start up companies, and invest capital in areas of high employment. The press release from USCIS states that these actions “mark the six-month anniversary of starup America, a whitehouse-led initiative to reduce barriers and accelarate growth for America’s job creating entrepreneurs.” The press release went further with a questions and answers section relating to the start up initiative. Specifically, the frequently asked questions section discussed how the current set of laws relating to EB2 National Interest Waivers and EB5 fulfill the initiative.

As a Chicago Immigration lawyer, I applaud USCIS’s resourcefulness. However, its an example that USCIS is being handicapped by Congress and the President’s lack of willingness to pass relevant laws to meet the objectives, mainly to ” reduce barriers and accelerate growth for America’s job creating entrepreneurs.” In essence, the current laws are being twisted and turned to show that they meet the objectives for entrepreneurs and job creation in the United States. Similar to a judge being only able to judge a case by the laws that she has to work with, USCIS is required to adjudicate the immigration cases before it with the current set of laws, no matter how inadequate the laws may be to address the needs of attracting growth and job creation in America. This is not a slam on any particular political party, but rather support for the criticism that politicians on both sides of the aisle are not addressing the problems our country faces. It’s very noble, and easy, to say that America is competing to attract investment from around the world for job growth.  However, there must be mechanisms in place to accomodate these policies and support these statements.  Congress should be working with the president and vice versa. There are many people out of work in this depression we are encountering and some simple immigration steps could be taken to help with this problem, maybe not solve the problem, but at least take steps in the right direction.  Overall USCIS does a great job, however, like Judges, they do not make the laws and consequently are being required to twist and turn the current laws to meet the needs of the country. 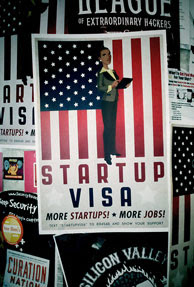 Back to the frequently asked questions section. My main criticism is that EB2 National Interest Waiver is a really high standard i.e. showing that an entrepreneurs presence (or business) is in the national interest of the United States.  An entrepreneur wanting to invest in the US must meet the NYSDOT National Interest Waiver test, specifically, the 3 prongs set forth in the NYSDOT case must be met.

The 3 prong test from NYSDOT are:

1. The waiver applicant must seek employment in an area that has substantial intrinsic merit.

2. The waiver applicant must demonstrate that the proposed benefit to be provided will be national in scope.

We’ll only go over the first 2 prongs as the third prong is more related to labor certification and not totally relevant to this discussion.

The waiver applicant must demonstrate that the proposed benefit to be provided will be national in scope. The Alien investor/entrepreneur must show that their investment will be going national. Could Steve Jobs have known that when he started Apple it would be national or international in scope? Maybe after a little time of running the business, but not likely from the outset. I’m sure he had a strong feeling and was very passionate that his new business, Apple would work, but did he really know it would go national and eventually international? How about Howard Schultz when he started Starbucks. Starbucks just started in Seattle and eventually went national and international. But from the outset, did Schultz know that Starbucks would be national in scope? Probably not. How about prong 1, is Starbucks really a business that has intrinsic merit. Afterall, they serve coffee. Not too difficult a task, well for me it is, but for most people its not. As an Immigration Lawyer, yes, I think starting a business that makes computers and software has intrinsic merit and so does starting a business that makes and sells coffee. But that is the advocate in me speaking out, just as a criminal lawyer probably never met a client that was guilty.

The point is, should a National Interest Waiver really be a law used to attract capital in the United States, create jobs, and accelerate job growth? I really don’t think so. I’m just an Chicago based Immigration lawyer so likely not in a position to make laws. But wouldn’t it seem more relevant to have a mechanism similar to an E2 visa for a period of say 5 years. After the 5th year allow the applicant to apply for permanent residence (ie. a green card). How would this play out? As USCIS states, “The E-2 nonimmigrant classification allows a national of a treaty country (a country with which the United States maintains a treaty of commerce and navigation) to be admitted to the United States when investing a substantial amount of capital in a U.S. business.”

How about this, why not eliminate the treaty country requirement and extend it to all persons? If someone has the money to invest in an idea, that will eventually create jobs, doesn’t that achieve the Whitehouse’s objective of reducing “barriers and accelarate growth for America’s job creating entrepreneurs?” One problem though, an E2 visa can be challenging to transition to permanent residence, consequently, current laws allow an E2 holder to renew the E2 visa indefinitely. To me, and many clients that I speak to, that’s a problem. After a certain period of time of living in the US, you start to call the US your permanent home. Unfortunately there really is not an easy transition to permanent residence from an E2 visa. It is possible but wouldn’t creating a mechanism or rule to allow E2 holders to adjust status to permanent residence after a period of time of living and investing in the US?