On March 4, 2010 the 9th Circuit Court of Appeals issued a decision in Kazarian v. USCIS.  The case related to the requirements for filing an EB1 Green Card Extraordinary Ability.  The essence of the case was that a well respected Physicist with “very good” credentials applied for an EB1 Extraordinary Ability Green Card.  The court concisely stated the requirements may be proved in 1 of two ways.  Specifically, the court stated:  “The first is “evidence of a one-time achievement (that is, a major, international recognized award)”    The court further stated  that the “second way to prove extraordinary ability is to provide evidence of at least three of the following:

(i) Documentation of the alien’s receipt of lesser nationally or internationally recognized prizes or awards for excellence in the field of endeavor;

(ii) Documentation of the alien’s membership in associations in the field for which classification is sought, which require outstanding achievements of their members, as judged by recognized national or international experts in their disciplines or fields;

(iii) Published material about the alien in professional or major trade publications or other major media, relating to the alien’s work in the field for which classification is sought. Such evidence shall include the title, date, and author of the material, and any necessary translation;

(iv) Evidence of the alien’s participation, either individually or on a panel, as a judge of the work of others 3436 KAZARIAN v. USCIS in the same or an allied field of specification for which classification is sought;

(v) Evidence of the alien’s original scientific, scholarly, artistic, athletic, or business-related contributions of major significance in the field;

(vi) Evidence of the alien’s authorship of scholarly articles in the field, in professional or major trade publications or other major media;

(vii) Evidence of the display of the alien’s work in the field at artistic exhibitions or showcases;

(viii) Evidence that the alien has performed in a leading or critical role for organizations or establishments that have a distinguished reputation;

(ix) Evidence that the alien has commanded a high salary or other significantly high remuneration for services, in relation to others in the field; or

(x) Evidence of commercial successes in the performing arts, as shown by box office receipts or record, cassette, compact disk, or video sales.”

Establishing the above 3 requirements is a starting point when proving an EB1 case.  Generally the above elements are fairly objective in proving, although not so in the Kazarian case.  The second, more subjective requirements of an EB1 Extraordinary Ability case are establishing that the Petitioner demonstrates both a level of expertise indicating that the individual is one of that small percentage who have risen to the very top of the[ir] field of endeavor’ Additionally, the self petitioned petitioner must prove that he or she has ‘sustained national or international acclaim and that his or her achievements have been recognized in the field of expertise. Only aliens whose achievements have garnered sustained national or international acclaim’ have proven extraordinary ability.

In essence, absent a nobel prize or an award of that caliber, the alien must prove they possess 3 of the above types of evidence and then go on further to prove that they have reached the top of their field and have received national or international acclaim for their achievements.  This is a very high standard for anyone to prove but definitely provable if the candidate has the appropriate background and the case is prepared accordingly.

The reason I mention this case is the consenting opinion that was stated so well by Judge Pregerson.  Judge Pregerson starts out by stating “I am pleased to concur in Judge Nelson’s opinion. I write separately, however, to emphasize the injustice perpetrated by our immigration laws and system in this case. “    As an Immigration Lawyer, I regularly receive calls, emails and consult with clients in our Chicago immigration law office who are extremely qualified.  They are for lack of a better word brilliant.  They are engineers, scientists, business people, artists, athletes, you name it, we see it.  They are the type of people that contribute to their communities in a very meaningful way.  They are assets to our wonderful country, just as Mr.Kazarian was an asset to his community and to the United States.  As the court stated, Mr.Kazarian likely had exceptional ability but not extraordinary ability.  However, in EB-2 Exceptional Ability there is a requirement to be sponsored and petitioned for by an employer.  In the case at hand, Mr.Kazarian was an adjunct professor that appeared to be on a volunteer basis after earning his Ph.D overseas in Physics with a focus on non-Einsteinian theories.  Professor Kazarian had self-published a book , tutored members of the community, and conducted research with other scholars in the field.  Did Mr.Kazarian have “extraordinary ability”?  As the court made clear, under our current set of laws, no.  He likely did not reach the top of his field.  However, should there be a way for someone like Mr.Kazarian to obtain permanent resident status in the U.S.?  After all, he is a Ph.D, well respected in his field for his achievements and his continuing contributions to the community.  As the court said, perhaps Mr.Kazarian should have applied for an EB2 Exceptional Ability Green Card which would have required his employer to sponsor him.  However, as everyone is aware we are, in my opinion still in a recession.  Granted, I am not an economist, but based on a lot of the questions I receive from similarly qualified applicants that do not have job offers, something just is not right in the economy as I would expect these highly talented and qualified individuals to have numerous job offers.  My hunch in Mr.Kazarian’s case is that he was unable to receive a permanent job offer from the community college as these positions are highly sought after. 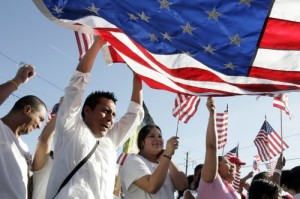 It is refreshing to understand that members of the judiciary are just as frustrated with the current set of Immigration laws as most Immigration attorneys are.  But here we are, over 2 years after the Kazarian decision, still in a recession, still without any type of immigration reform.  Very frustrating as many well qualified and good people that would be productive members of our communities and country are suffering. I think because of this it, America is suffering too.  I can only hope that 2 years from now we will have more pleasant laws to work with, but I am not holding my breath.  To discuss your Employment Based Green Card options feel free to contact us for a formal consultation.