An often overlooked green card option is the EB1 Multinational Manager or Executive.  It is an excellent green card option as it avoids the burdensome and arduous PERM process as required in EB2 and EB3 green card cases.  The requirements of an EB1 Multinational Executive or Manager are similar to an L1 Intracompany Transferee Visa.  In particular, the requirements are to have been “employed outside the United States in the 3 years preceding the petition for at least 1 year by a firm or corporation and you must be seeking to enter the United States to continue service to that firm or organization. Your employment must have been outside the United States in a managerial or executive capacity and with the same employer, an affiliate, or a subsidiary of the employer.”  (Emphasis Added).  Seems straightforward enough, however USCIS has been scrutinizing L1’s and EB1 green card’s.  In particular, the managerial or executive capacity has generally been the element scrutinized the most.  Immigration lawyers, including myself are unsure of the reason for the increased scrutiny over EB1 Multinational Manager Green Cards and L1 intracompany transferee visas.  There are many theories out there.  The purpose of this article is to provide a few suggestions to help strengthen your EB1 Green Card Petition to increase the chances of approval.  As mentioned above, a common reason for denial is proof that the position overseas and/or in the United States is as a “manager” or in a “executive capacity”. 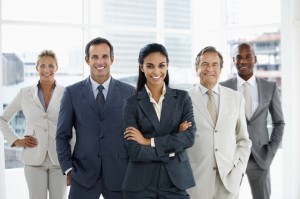 So what does Executive Capacity mean?

8 CFR 204.5(j)(2) states: Executive capacity means an assignment within an organization in which the employee primarily:

(B) Establishes the goals and policies of the organization, component, or function;

(D) Receives only general supervision or direction from higher level executives, the board of directors, or stockholders of the organization.

Executive Capacity was defined in an unpublished decision in a 1989 case referred to as Irish Dairy Board, Inc., cited as Matter of Irish Dairy Board, A28 845 421 (AAU Nov. 16, 1989), reported in 66 Interpreter Releases 1329–30 (Dec. 4, 1989).  In Irish Dairy, the Petitioner was a firm that impoted diary products from Ireland into the United States.  The Beneficiary was employed with Petitioner for over 10 years.  The US entity consisted of a major marketing and purchasing entity for the parent company.  The company imported over $90 million of products into the United States while expoerting in excess of $50 million worth of goods.  The firm enjoyed profits of $40 million.  The Beneficiary was the sole employee of the firm whereby the court found that Beneficiary’s “primary function is to plan, organize, direct and control an organization’s major functions through other employees.  No discussion of the size or staffing level of the organization is included in the definition of the term ‘executive’.  Further, the regulation and operation instruction do not restrict or limit the employees to individuals on the firm’s actual payroll. However, the petition is still required to establish that the beneficiary is engaged in the performance of executive duties and not performing the day-to-day functions of the firm.  This determination requires a careful examination of the petitioning entity to determine if it has reached a stage of organizational development and is of such complexity that it can realistically be concluded that the beneficiary is primarily engaged in performing executive functions.”  The court further ruled that the “beneificayr is performing an essential and controlling function with respect to a large and complex business enterprise requiring significant decision making.  It has also been established the beneficiary has been involved in high level participation in the formulation and execution of company policy.”

What does “Manager” mean?

8 CFR 204.5(j)(2) states: Managerial capacity means an assignment within an organization in which the employee primarily:

(D) Exercises direction over the day-to-day operations of the activity or function for which the employee has authority.

In National Hand Tool v. Pasquarell, a subsidiary of a Taiwanese company, employed a Beneficiary as a manager of the US entity’s auditing department after the Beneficiary was transferred from the parent company.  The court stated that  the “critical point in this case is that there was a significant failure to make a factual showing that Chang himself was “primarily” a manager. Instead, the factual evidence shows that Chang spent most of his time “performing audits”, not directing others in the preparation of audits. His job description included testing validity and accuracy of financial data throughout all ledgers, financial reporting and shareholder reporting. Assists comptroller in preparation of monthly shareholder reports. Verify all accounts payable voucher systems and expense reports and compare budgets against actual figures. Verify monthly employee payroll figures and test for accuracy.  The evidence shows that Chang himself did much of the work in preparing these various reports and in engaging in these various activities. The employees under him helped him make the reports, but did not themselves develop and make such reports. Thus, it is clear from the facts that the evidence in this case did not establish that Chang was engaged “primarily” in managerial activities. Instead, he was engaging in production activities himself.”  889 F2d 1472 National Hand Tool Corp V. Kl Pasquarell

As the above indicates, you have two cases from the 1980’s defining Manager and Executive.  The standards are pretty clear based on these decisions.  However, from an Immigration Lawyer’s perspective, proving the above are extremely important.  Supplying the Examiner with high quality evidence detailing the nature of the Petitioner’s business and the Beneficiary’s role and even the roles of person’s overseen by beneficiary are essential.  Logically speaking L1 visas and EB1 Green Cards bring in qualified persons from around the world who earn income within the United States and in turn contribute to the economy.  Implicitly it would be thought that the standards in adjudicating these types of cases would be relaxed.  But on the flip side a valuable green card is at stake and Immigration would like the Petitioner and Applicant to earn it.  In other words, clearly proving the case is critical and usually worth it.

If you are interested in applying for a EB-1 Manager or Executive Green card, please contact the Cipolla Law Group for a consultation.