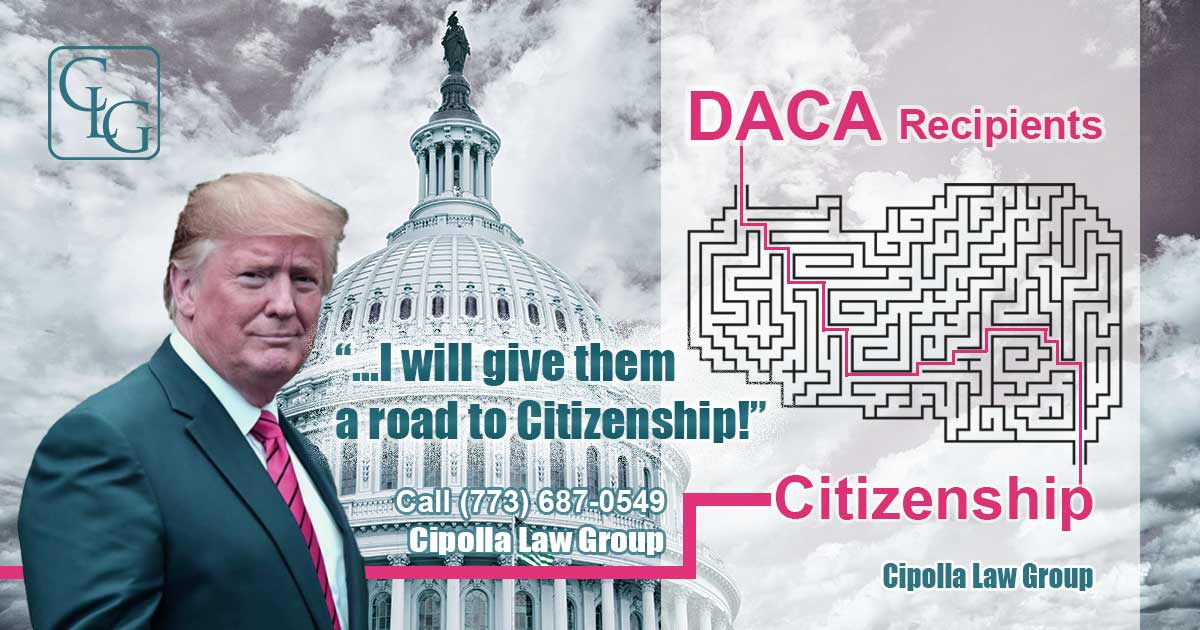 On July 10, 2020, during a television interview with a Spanish TV network anchor, President Trump said that he would be signing a new executive order on immigration that will provide a pathway to citizenship.

“We will be working on the legal complexity right now,” said President Trump.

President Trump followed up his comments during a Press Conference on July 14, 2020 further reiterating that he was going to sign a new Executive Order for DACA with a path to citizenship.  His comments have also emphasized adding a permanent merit-based system.

As an immigration attorney, it is exciting to hear that DACA recipients will be provided a path to citizenship. This is especially true, as DACA has been subject to numerous legal battles in the past few years. Even President Trump in the past, has said that DACA needed a better fix as it only provided a temporary solution to a broader problem that Congress repeated failed to fix.

On the same note, formal President Obama admitted that he couldn’t “just bypass Congress and change the (immigration) law myself. … That’s not how a democracy works.” However, that exactly what he did, bypassing Congress and created DACA, and for two years during his Presidency, Congress which was controlled by the Democratic Party, also rejected to pass a Bill to provide such government benefits to DACA recipients. So, whether it is politics or genuinely wanting to have it fixed, DACA needs a better solution to this problem, whether it comes from the Democrat or Republican.

What’s next for DACA recipients

With the latest Supreme Court’s ruling last month, the government was supposed to resume accepting DACA applications.  However, USCIS has not given any guidance on the matter.

On July 14, 2020, President Trump said he will sign the Executive Order very soon.  If you are a DACA recipient or are qualified to become one, please stay tuned to the news and the development of DACA.   We will do our best to help decipher the news and provide unbiased information.

If you have more questions about DACA or other ways to live and work legally in the US, please contact our Immigration attorneys for a consultation. We are located in both downtown Chicago and Lincoln Park, Chicago.  We speak Spanish, Mandarin and Cantonese Chinese.