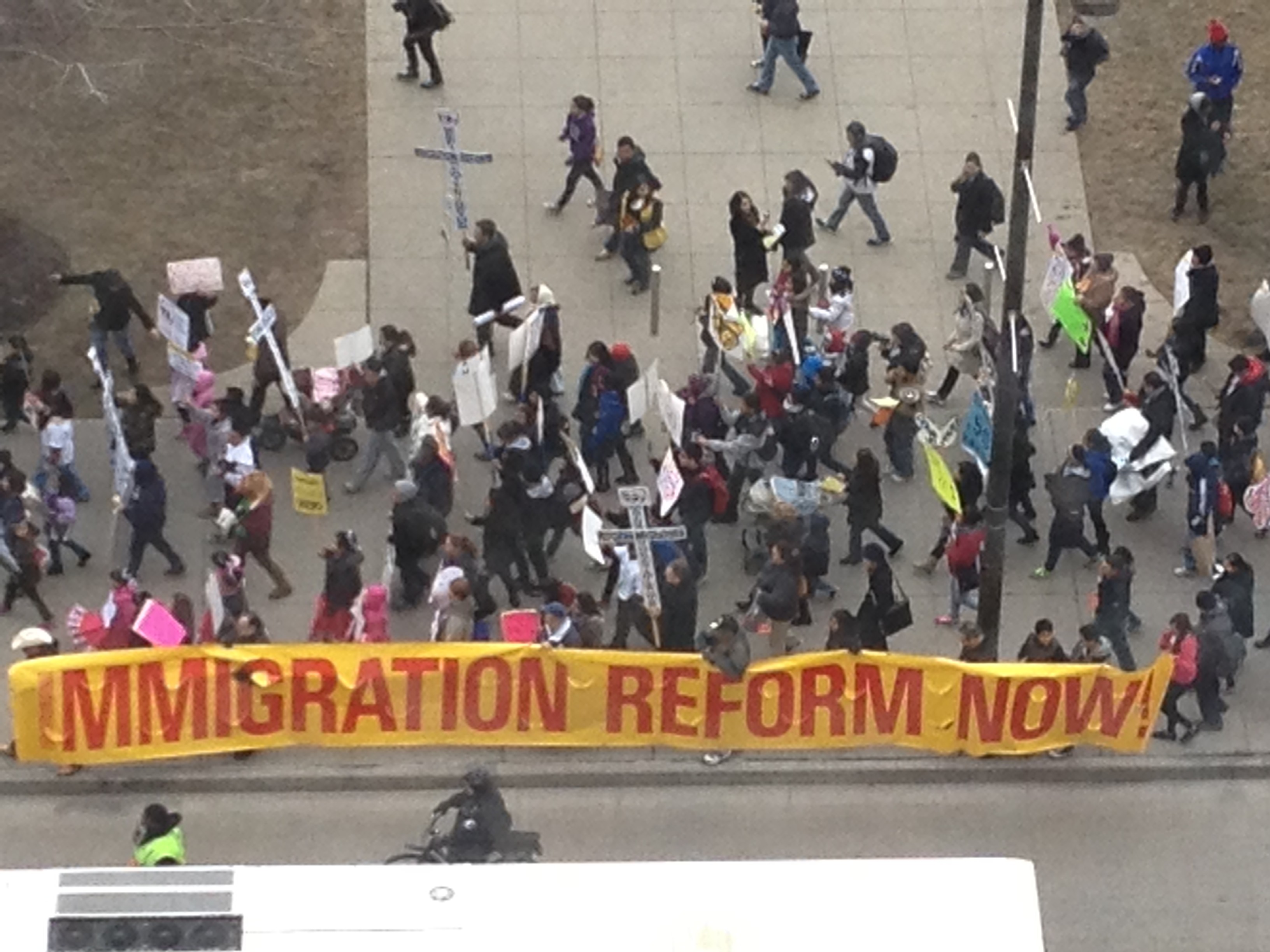 Comprehensive Immigration Reform is potentially here.  We have news that on Tuesday April 16, the Senate Gang of Eight will unveil their Immigration Bill.  There is also talk that the House of Representatives have a comprehensive immigration reform bill that they would like to propose.  President Obama also proposed a plan.  We really don’t know the details of each plan other than leaks to media.

Immigration Reform: What are the numbers?

My greatest concern is not learning from the past.  As repeated in numerous articles in the past, one of the main contributors to the current immigration problem were arbitrary caps and inadequate visa categories.  Arbitrary caps on green cards (preference family members), H1B visas, and Employment Based Green Cards has caused a complete mess in the system.  For instance, the H1B filing season for Fiscal Year 2014 just began on April 1 and the arbitrary cap numbers were filled on April 5.  There were 124,000 petitions received in the first 5 days of April for the available 65,000 Bachelor’s Cap and 20,000 US Master’s Cap visas allotted by Congress each year.  What does this mean?  It means if an employer wanted to hire an overseas worker, they had a 5 day window to submit a labor intense application and had to spend thousands of dollars to file this application with an approximately 50% chance of the case even being selected for adjudication.  Even if the case is accepted for adjudication there is no guarantee it will be approved.  If the case is not selected in the H1B lottery, the options are find another visa category (this can be extremely challenging) or wait until next year (or should we say wait until October 1 2014 to begin employment i.e.. 18 months from now).  This does not include the employers and employees that agree to a relationship after April 1 and find out too late about the H1B process.  The system is chaotic and caused by arbitrary H1B visas allotted each year.

The illegal immigration problem in my opinion is caused by the lack of available visas and the long visa backlog time to bring relatives.  For instance, if someone from Mexico wants to enter the US for a manufacturing job where they will very likely be hired, there really are not any visa categories available for them.  If they are living in poverty in their home country, their choice is cross the border illegally where there is a job likely waiting for them or stay in poverty.  From the employer’s standpoint, they are often put in a position to break the law and hire someone without employment authorization, or just choose not to inquire about their employment authorization.

The leaks about the Senate Bill intrigues me because it almost seems like a merit based system similar to the Canadian Immigration System.  This article is to not speculate on the terms of the Senate Bill (we’ll find out in a couple of days) or the terms of the House proposal, but rather to express my views that Congress not ruin potentially good ideas with bad numbers.  In other words, the comprehensive immigration reform they may propose may have the right approach (i.e.. a path to citizenship for the 11 million undocumented persons in the US, opportunities for skilled and unskilled workers to migrate to the US, reduce the family backlogs for spouses of permanent residents), but please don’t ruin the laws by imposing arbitrary caps where in 5 years the numbers will make no sense.  Like now, many of our immigration laws probably make sense (I want to emphasize the word many as there are also many that make no sense at all), but the numbers have just created backlogs where the laws no longer make sense.  For Comprehensive Immigration Reform to make sense, it truly needs to comprehensive, numbers in all.

Cipolla Law Group is a full service immigration law firm based in downtown Chicago, Illinois.  With over 25 years of combined legal experience, we have extensive experience and excellent track record in helping immigrants within and outside the U.S. to fulfill their immigration dreams.  If you are seeking an experienced immigration lawyer in Chicago, please feel free to contact us for a consultation.