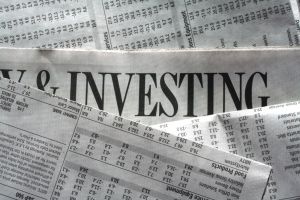 I recently read an article about a cruise ship intended to house start up company’s and their entrepreneurs and employees off the shores of Northern California within close proximity to Silicon Valley.  As you know Silicon Valley is one of the most important technology and entrepreneurship hubs in the United States and world.  It is a magnet of some of the greatest minds in the world, mainly in technology and business, as well as in other disciplines.  Silicon Valley is home to start ups and now established company’s such as Google, Facebook, Hewlett Packard, and Cisco, just to name a few. 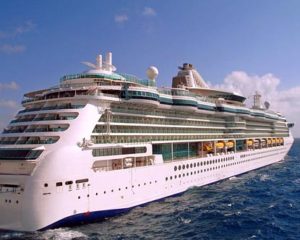 The article states that the “idea behind Blueseed is to provide a visa-free locale where foreign entrepreneurs can create technology companies that utilize resources in Silicon Valley without having to deal with the cumbersome process of obtaining a U.S. visa. As an Immigration Lawyer, that is really a powerful quote.  In other words, businesses and entrepreneurs from the U.S. and around the world believe that the current U.S. immigration system is so inadequate that they must look for alternatives or go to extreme measures to have the opportunity to start a business or hire overseas talent.   The mere concept is ludicrous, not to quote Mike Tyson.  Maybe I am living in Cipolla World, but it just seems logical that if an employer wants to hire someone, whether from overseas or in the US, they should have the right.  The process should be easy and not take a lot of their time.  Of course they should have to go through a process of proving that they meet the legal requirements, i.e. if they are an overseas investor they should need to prove that they are not a criminal, they have working capital, they intend to start a business, and they will create U.S. jobs.  In a nutshell, these are the general requirements and purpose of an some of the most popular investor visa/green card categories like the EB5 Investor Green Card and an E2 Treaty Investor Visa.

The purpose of the EB5 Green Card and E2 Treaty Investor Visa is to attract overseas capital to be invested in the U.S. so that U.S. jobs can be created. It seems very logical that overseas capital that creates jobs helps create consumption in the U.S.  Someone that has a job will not live off the government, they will be able to purchase a home or rent an apartment, buy food and other necessities, pay for professional services such as doctors, accountants, lawyers, realtors, etc, and spend money on discretionary items such as restaurants and travel.  From the government’s interest, this overseas capital creates a higher tax base.  Excuse me if my logic is not supported by formal statistics, but I read enough business literature and have studied long enough to grasp these principles, so hopefully my argument does not require formal statistics.

The other issue is capital that is currently in the U.S. that has an idea, wants to invest in the idea, and needs the human workforce to develop the idea into a business that creates jobs and benefits society.  In other words, this capital does not discriminate, it just needs the best women and men for the job, whether American born or foreign born.  After all these investors are taking risk so they should have the right to hire whom they please.  To take it a step further, the laws should be built to accomodate these investors so that they can hire U.S. workers and overseas workers.  Additionally, the laws should be developed to protect America, allowing people in the U.S. for the purpose stated, within the time frame needed, and to essentially prevent criminals from entering the U.S.  It is pretty straightforward.  How many visas are the right amount?  Let the market dictate.  It creates so many imbalances to dictate to the market place how many H1B Visas are the right amount, or how many EB1 Green Cards are the right amount.  It is the same principle as what should the price of soybeans be?  I have no idea, and likely the government has no idea.  The only parties that know are the buyers and the sellers, what’s a willing buyer willing to pay, and a willing seller to sell for.  Same principle, how many H1B visas or NIW Green Cards are the right amount?  Let the market place answer this question.  Let the employers say how many H1B visas are the right amount.  Coming up with an arbitrary amount of 65,000 (H1B cap) seems, well, arbitrary.  What if we are in a recession and only 15,000 are the right amount, or we are in a boom and 250,000 are the right amount?  If employers and investors are able to prove their case based on reasonable and logical laws with a relatively straightforward and efficient process, then they deserve the visa for the employee or investment.  The regulation on the legal requirements and the quantity of green cards and visas has created a black market for human capital and investment.  Case in point is project Blueseed, the cruise ship intended to house high tech companies to circumvent the U.S. Immigration System.  America is missing out on the added benefits that diversity and overseas people can bring.